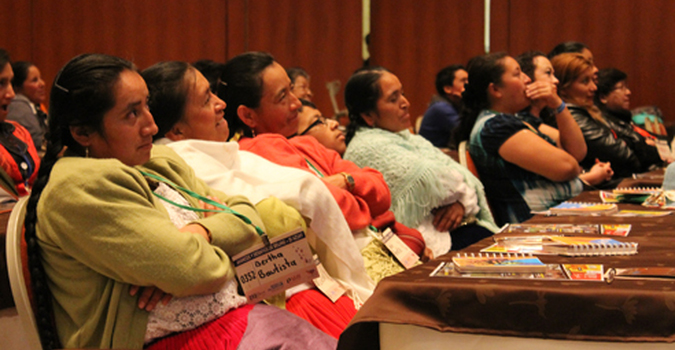 From the local to the global level, women’s leadership and political participation are compromised. Women are underrepresented as voters, as well as in leading positions, whether in elected offices, civil services, the private sector or academia. This occurs despite their proven abilities as leaders and agents of change, and their right to participate equally in democratic governance.

Women face two kinds of obstacles to participating in political life. Structural barriers through discriminatory laws and institutions still limit women’s options to vote or run for office. Capacity gaps mean women are less likely than men to have the education, contacts and resources needed to become effective leaders.

As the 2011 UN General Assembly resolution on women’s political participation notes, “Women in every part of the world continue to be largely marginalized from the political sphere, often as a result of discriminatory laws, practices, attitudes and gender stereotypes, low levels of education, lack of access to health care and the disproportionate effect of poverty on women.”

Individual women have overcome these obstacles with great acclaim, and often to the benefit of society at large. But for women as a whole, the playing field needs to be level, opening opportunities for all.

UN Women’s programmes on leadership and participation are guided by a history of international commitments to women’s representation. The Convention on the Elimination of All Forms of Discrimination against Women upholds women’s right to participate in public life, while the Beijing Platform for Action calls for removing barriers to equal participation. The Millennium Development Goals measure progress towards gender equality in part by the proportion of women in parliamentary seats.

Towards these ends, we provide training for women political candidates to help build their capacities, and offer voter and civic education on gender equality. We back gender equality advocates in calling on political parties, governments and others to do their part in empowering women. Other initiatives encourage young men and women to engage in advocacy around making gender equality measures central to public policymaking.

Government authorities highlight women's inclusion and economic empowerment as drivers of sustainable development.
Ministry of Interior and Public Security, Ministry of Women and Gender Equity, and UN Women signed an agreement on gender equality and public security.
Verónica González Bonet: "We are not all present if people with disabilities are excluded".
Latin American and Caribbean governments commit to advancing toward the care society
Pushing forward: Dismantling anti-LGBTIQ+ discrimination in Argentina
END_OF_DOCUMENT_TOKEN_TO_BE_REPLACED