The feminist victories of the 20th century have contributed to huge wins and progress for the state of women and girls. The establishment of the Commission on the Status of Women (CSW), Convention on the Eradication of all Forms of Discrimination Against Women (CEDAW), the Beijing Declaration and Platform for Action and the Security Council resolutions with regards to the protection of women and girls were, by large means, the results of active civil society pressure- particularly women’s organizations and the feminist movement. The 21st century has also pushed for great successes for women’s rights. With the creation of UN Women in 2010- largely as a result of the effective GEAR campaign which was promoted by the feminist movement- civil society has finally achieved a new and powerful mediating position to influence the global agenda on women’s rights.

Civil society is one of the most important sectors UN Women works with. It constitutes a dynamic source of ideas and normative perspectives as well as of alliances and support. With the implementation of the 2030 Agenda, UN Women Civil Society Advisory Groups (CSAG), established four years ago as an assessment and advocacy entity, will play a key strengthened institutional alliance role as well as of participation with civil society. There are currently 42 operating CSAGs worldwide. The last four years have highlighted the various challenges which have impeded the possibility of achieving effective results. Therefore, in looking for quicker actions towards 2030, it is important to strengthen the CSAG system so as to overcome these challenges. It is also key to ensure that the CSAGs effectively function as first line UN Women associates. This in turn means that UN Women has to facilitate and promote their leadership as well as to create the space necessary for them to exercise this leadership. And, whilst UN Women recognizes that CSAGs offer the opportunity of creating a civil society solidarity network which would coordinate efforts with UN Women for the acceleration of advocacy and action towards achieving gender equality by 2030, UN Women will also actively engage with civil society beyond the CSAGs. 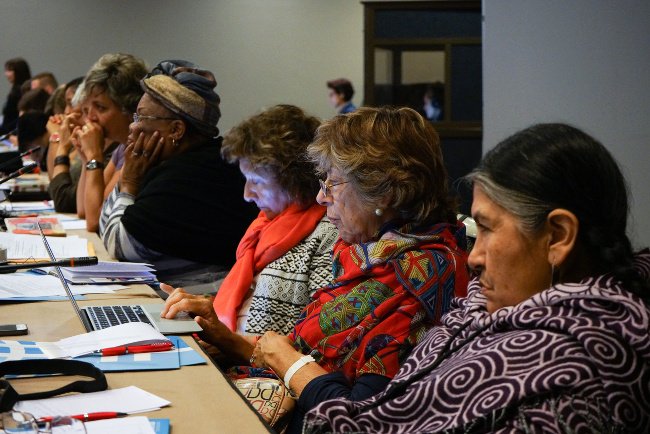 Civil Society Advisory Group for Latin America and the Caribbean

The Regional Office has a Civil Society Advisory Group made up of members from feminist and women’s movements networks and organization as well as from academia who have a long history of defending women’s human rights and of committing with gender equality and the values of the United Nations.

The goal of establishing UN Women civil society advisory groups worldwide, nationally and regionally is reflected in the very General Assembly Resolution which establishes UN Women as well as in its Strategic Plan. UN Women Civil Society Advisory Groups have the goal of facilitating effective, continuous and structured consultancies between civil society, especially women’s movements and UN Women in order to continue progressing in the achievement of gender equality and women’s empowerment. 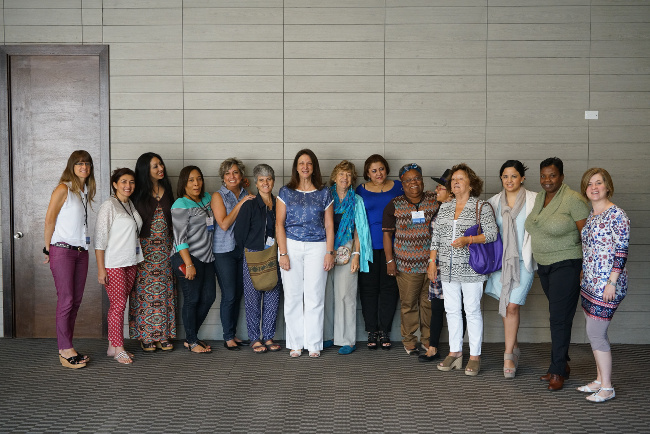 Meet the Latin American and Caribbean members (link to profiles)

Government authorities highlight women's inclusion and economic empowerment as drivers of sustainable development.
Ministry of Interior and Public Security, Ministry of Women and Gender Equity, and UN Women signed an agreement on gender equality and public security.
Verónica González Bonet: "We are not all present if people with disabilities are excluded".
Latin American and Caribbean governments commit to advancing toward the care society
Pushing forward: Dismantling anti-LGBTIQ+ discrimination in Argentina
END_OF_DOCUMENT_TOKEN_TO_BE_REPLACED