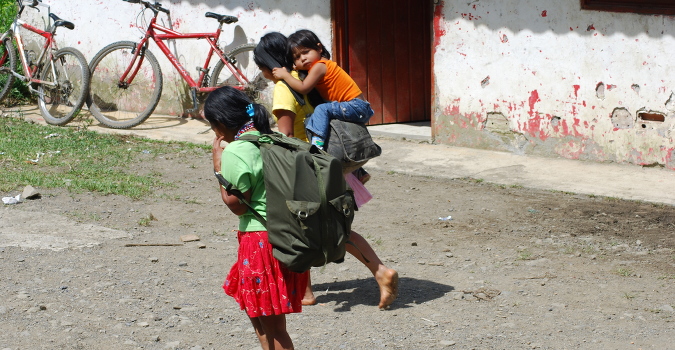 Gender inequality contributes to the spread of HIV. It can increase infection rates, and reduce the ability of women and girls to cope with the epidemic. Often, they have less information about HIV and fewer resources to take preventive measures. They face barriers to the negotiation of safer sex, because of unequal power dynamics with men. Sexual violence, a widespread violation of women’s rights, exacerbates the risk of HIV transmission. Evidence suggests that marriage can be a major risk factor, especially for young women and girls.

Many women living with HIV struggle with stigma and exclusion, aggravated by their lack of rights. Women widowed by AIDS or living with HIV may face property disputes with in-laws, complicated by limited access to justice to uphold their rights. Regardless of whether they themselves are living with HIV, women generally assume a disproportionate burden of care for others who are sick from or dying of AIDS, along with the orphans left behind. This, in turn, can reduce prospects for education and employment.

UN Women brings gender equality and human rights perspectives to its work on women and HIV and AIDS. We spearhead strategies that make clear links to factors propelling the epidemic, such as violence against women, denial of legal rights and women’s limited participation in decision-making. Our single most important strategy is empowering women and guaranteeing their rights so that they can protect themselves from infection, overcome stigma, and gain greater access to treatment, care and support.

Our programmes help to amplify the voices of women living with HIV, using strategies that promote their leadership and meaningful participation in all decisions and actions to respond to the epidemic. We seek avenues to integrate gender equality and women’s rights into strategies, policies, budgets, institutions and accountability frameworks. Some of our initiatives address the multiple intersections between HIV and violence against women. Others advance access to justice for women in the context of HIV, with a focus on critical property and inheritance rights.

In June 2012, UN Women became the 11th cosponsoring agency of UNAIDS, an important step towards ensuring that gender equality is at the heart of global action on HIV and AIDS.

The commitments on gender equality in response to HIV/AIDS have not been translated into policies, programs and budgets to respond to the specific needs of women and girls in Latin America. Despite the growing recognition of the relationship between violence against women and HIV, many governments have not yet integrated these issues in transformative approaches and, moreover, have not addressed the specific needs of indigenous women and girls living with HIV . UN Women works to strengthen networks of women living with HIV, particularly indigenous and women affected by violence so that they can influence and shape national responses to HIV/AIDS in seven Latin American countries and integrate a gender equality dimension to the epidemic in the processes of national and regional planning.

Government authorities highlight women's inclusion and economic empowerment as drivers of sustainable development.
Ministry of Interior and Public Security, Ministry of Women and Gender Equity, and UN Women signed an agreement on gender equality and public security.
Verónica González Bonet: "We are not all present if people with disabilities are excluded".
Latin American and Caribbean governments commit to advancing toward the care society
Pushing forward: Dismantling anti-LGBTIQ+ discrimination in Argentina
END_OF_DOCUMENT_TOKEN_TO_BE_REPLACED