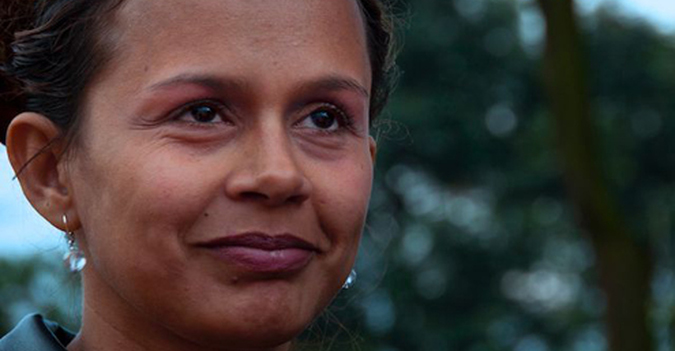 Conflicts have devastating consequences, including in widening gaps between women and men. Women often have fewer resources to protect themselves and,with children, frequently make up the majority of displaced and refugee populations. War tactics such as sexual violence specifically target them. Though women have led peace movements and driven community recovery after conflict, they are almost completely missing from peace negotiations. Exclusion from reconstruction limits access to opportunities to recover, to gain justice for human rights abuses, and to participate in shaping reformed laws and public institutions.

The international community has recognized that women’s participation is vital to achieving and sustaining peace. Women are proven agents of change—and should be able to do even more. In 2000, the UN Security Council passed the historic resolution 1325 on women, peace and security. It calls for women to participate in peacebuilding, be better protected from human rights violations, and have access to justice and services to eliminate discrimination.

UN Women’s programmes on women, peace and security are guided by a series of commitments to women’s rights. These include resolution 1325, and six supporting UN Security Council resolutions—1820, 1888, 1889, 1960, 2106 and 2122. Other key reference points are the Beijing Platform for Action and the Convention on the Elimination of All Forms of Discrimination against Women.

Around the world, UN Women acts to build women’s participation and influence in decision-making to prevent and resolve conflicts. We support women’s engagement in all aspects of peacebuilding, towards more inclusive, egalitarian societies that can end gender discrimination and resolve conflicts without violence.

Our programmes foster women’s peace coalitions and prepare them to engage in peace processes. We reach out to peacekeepers to detect and stop conflict-related sexual violence. Other initiatives back justice and security institutions that protect women and girls from violence and discrimination, public services fully responsive to women’s needs, women’s greater access to economic opportunities, and women’s engagement in all forms of national and local public decision-making.

Government authorities highlight women's inclusion and economic empowerment as drivers of sustainable development.
Ministry of Interior and Public Security, Ministry of Women and Gender Equity, and UN Women signed an agreement on gender equality and public security.
Verónica González Bonet: "We are not all present if people with disabilities are excluded".
Latin American and Caribbean governments commit to advancing toward the care society
Pushing forward: Dismantling anti-LGBTIQ+ discrimination in Argentina
END_OF_DOCUMENT_TOKEN_TO_BE_REPLACED