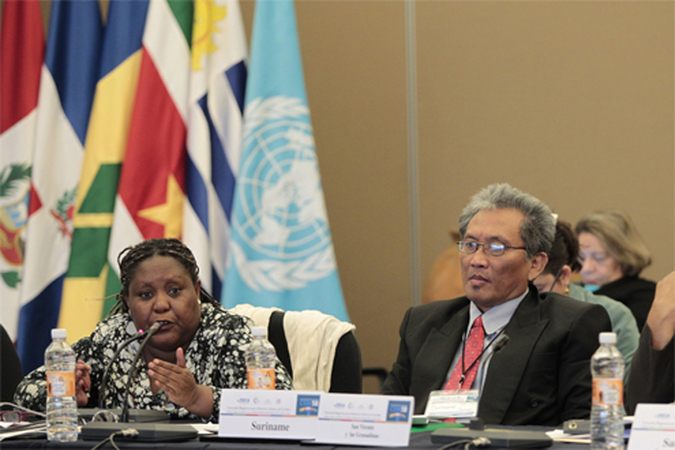 UN Women is the world’s leading organization for promoting gender equality and women’s empowerment. Our global mandate means that investments in our programmes can be felt in many places and have powerful multiplier effects.

Most of the financial contributions that sustain UN Women’s work come from UN Member State governments. A growing number have affirmed through generous commitments that the resounding political support for the formation of UN Women from four previous UN entities needs to be matched through considerably enhanced investments. This is particularly essential as UN Women steers a course through a formative period. A critical mass of resources will propel a positive cycle where we will be able to develop capacities, deliver results and build on continued support. By 2013, a minimum of USD 400 million has been set as the annual operating budget.

UN Women’s overarching vision is that resource commitments for gender equality and the empowerment of women reach the levels of those provided to achieve the Millennium Development Goals (MDGs), such as those for health, education, the environment and poverty reduction. This objective responds to growing recognition, across a spectrum of decision-makers and opinion shapers, that investing in gender equality is fundamental to all internationally agreed development goals, including the MDGs and international agendas set after their 2015 endpoint. It yields dividends not just for women, but also for people, societies and economies at large.

Despite the constraints of the current economic environment, government donors continue demonstrating their commitment to gender equality. Moving forward, we will advance efforts to sustain and further enlarge the unearmarked core contributions that allow us the greatest flexibility, responsiveness and impact in our programmes. We are also actively exploring new funding mechanisms and partnerships, including among emerging economies, to tap diverse pools of resources for women.

Government authorities highlight women's inclusion and economic empowerment as drivers of sustainable development.
Ministry of Interior and Public Security, Ministry of Women and Gender Equity, and UN Women signed an agreement on gender equality and public security.
Verónica González Bonet: "We are not all present if people with disabilities are excluded".
Latin American and Caribbean governments commit to advancing toward the care society
Pushing forward: Dismantling anti-LGBTIQ+ discrimination in Argentina
END_OF_DOCUMENT_TOKEN_TO_BE_REPLACED