Women play a key role in rescue, reconstruction and resilience after volcanic eruption in Guatemala

Thousands of Guatemalans recently lost their homes in the eruption of Volcán de Fuego, and many victims have sought refuge at temporary shelters. María Ohong, resident of El Porvenir, and a victim of the disaster herself, is working to help others who have lost their loved ones, homes and livelihoods. UN Women has supported a government-run shelter at the Escuela Mendez Montenegro in Alotenango, where women like Ohong have organized themselves to ensure equitable distribution of relief items and protection for women and girls. 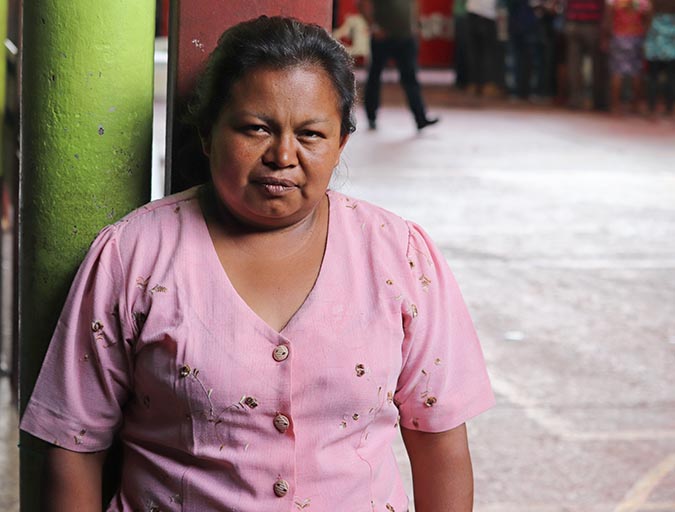 On the morning of 3 June, María Ohong had just started her morning chores when the Volcán de Fuego erupted. “I was in my house, cleaning the area of the animals that I raise and sell,” She remembers. Ohong received a call from her husband who was working in a farm at the foot of the volcano. Through the phone she could hear the staff ordering the area to be evacuated because of lava flow. Sensing the urgency of the situation, Ohong set out to find the rest of her family members.

"Amid cries and screams, I saw some children running scared in the street, covered in ashes, without knowing where to go. I got them into the police van and managed to flee with them. Now they are in the shelter,” Ohong shared, sitting in the backyard of the Alotenango shelter two weeks after the eruption. She was able to locate her family and guide them to the shelter, including her grandmother. However, not everyone in the village was so lucky; several people close to her have lost family members, including one of her brothers-in-law, who lost 18 relatives. According to the latest estimates, at least 110 people have been killed in the eruption and thousands have been evacuated.

“San Miguel los Lotes, a community close to mine, is completely covered in ashes, you can’t even see the houses anymore," described Ohong. 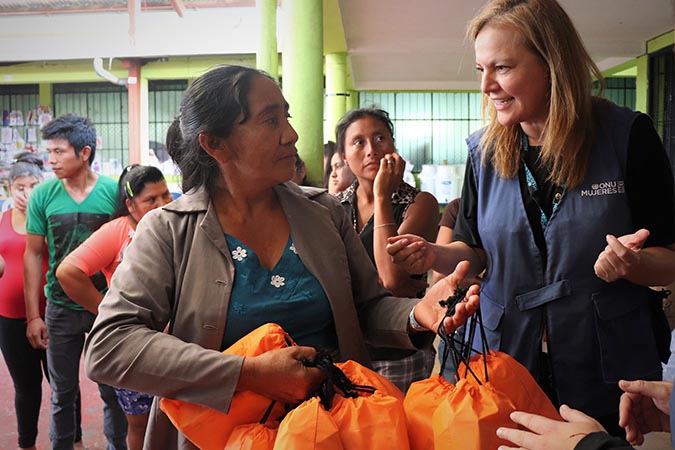 Ohong and her family are staying at the Alotenango shelter, along with 465 other victims of the disaster, of whom 214 are women. Some of the women have organized themselves to ensure equitable distribution of relief items. For instance, recently Ohong assisted with the distribution of feminine hygiene kits provided by UN Women among the shelter residents. In addition to the kits, UN Women has supported the shelter through continuous monitoring of the facility and the provision of female-only spaces for appropriate protection and services for women and girls.

On 16 June, UN Women Country Representative, Adriana Quiñones, and the Regional Adviser for Peace, Security and Humanitarian Action of UN Women, Alma Pérez, visited the shelter to meet with women survivors and community leaders to better understand their needs and priorities. "Protection and opportunities must be generated for women, since they have unique challenges in these contexts, said Alma Pérez, adding, “Women are also the actors of change in times of emergency and humanitarian crisis.” 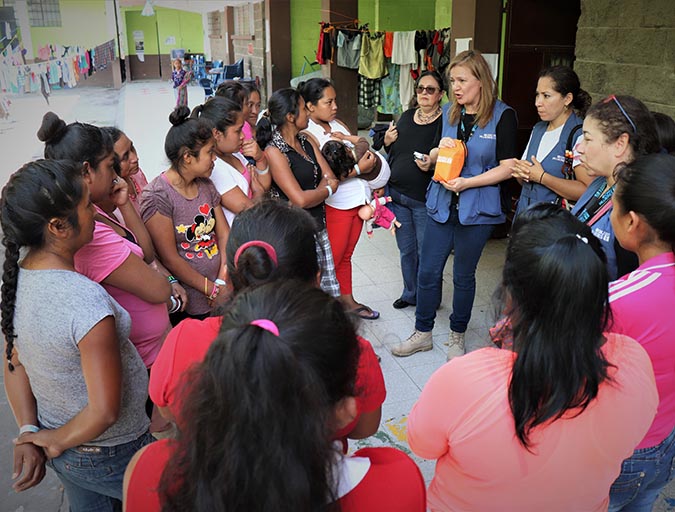 For 33-year-old Magdalena Sutamul, who has also volunteered to organize and assist women in the shelter, keeping women occupied with productive tasks is important right now. “What we need are tasks that contribute to our personal development, such as handcraft workshops and first aid for women," she says, adding: “This disaster leaves us in extreme poverty, so to get out of here, for me the most important thing now is to find sources of special credit.” 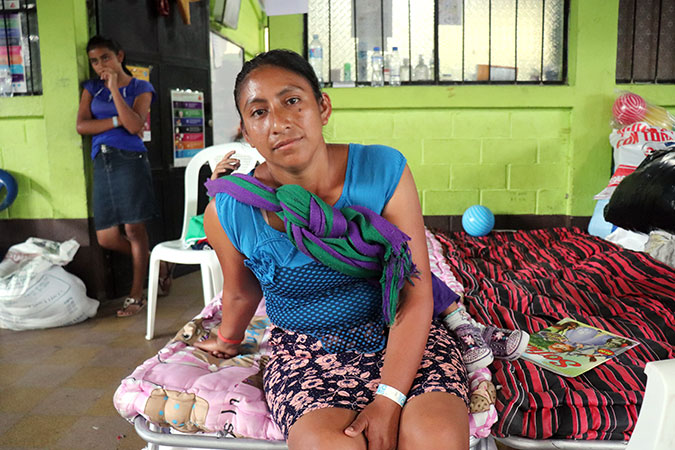 María Ohang is also aware of the bigger challenges looming ahead. She has become a strong advocate for building community resilience: “We need to have plans for the future when we leave [the shelter], because our autonomy, economy and ability to collectively organize depends on it. Only then can we recompose our communities and fight for our development and a decent life. We do not want this reality to immerse us in more poverty, we want to move forward.”

In the coming weeks, UN Women plans to deliver more assistance, based on women’s needs and priorities. It is also developing a tailored guidance for shelter and service providers that includes gender perspectives across various sectors in humanitarian action, such as education, protection, nutrition, food security, governance and gender-based violence prevention.