Women in leadership: Izkia Siches Pastén, the first woman president of the Chilean Medical College and an advocate for gender equality in the healthcare system

Izkia Siches Pastén is a surgeon physician born in the city of Arica, Chile, and is 34 years old. Since 2017 she leads the largest trade association of doctors and physicians in Chile, which brings together more than 28 thousand health professionals. In addition to this, she works as a doctor at the San Juan de Dios Hospital in Quinta Normal. 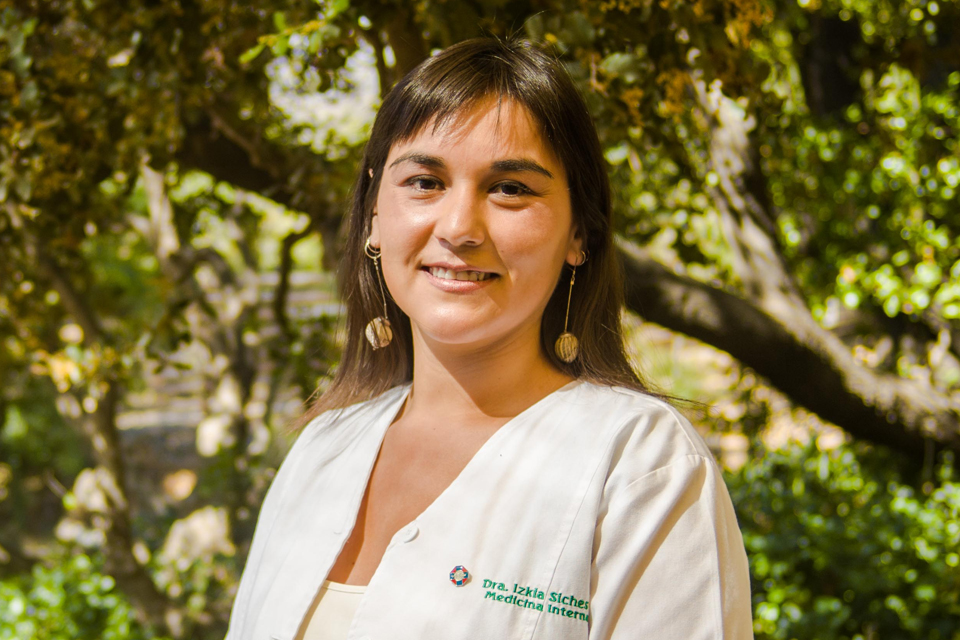 Being a woman and young were the challenges faced by this surgeon when she assumed her first mandate. Siches was named by Time magazine as one of the 100 emerging leaders of 2021.  Photo: Chilean Medical College

"I believe that the participation of women in leadership is relevant, because we are the ones who realize the shortcomings, such as, for example, the few spaces for political participation within the guilds that bring together professionals, especially those that are very masculinized," says Iskia Siches.

"The great value of what we have done during our administration is being able to institutionalize these changes because tomorrow, when we are no longer leading the Medical Association, this gender perspective, which we believe is so necessary, is going to be sustained over time."

She has been president of the Chilean Medical College since 2017. Siches is the first woman to assume this position since the creation of this collegiate body over 70 years ago.

"The guild leadership in our college was still led by men with very little participation of women, and together with the team we deemed it important that whoever took the baton to assume this leadership had to be a woman."

Siches indicates that she bet not only on the gender issue, but also on the generational issue, since it was an institution marked by much older leaderships, under more traditional doctors who were far from what an important group of health professionals in the country were experiencing.

Initiatives with a gender focus, Izkia's hallmark during her tenure

Siches recognizes the importance for women in leadership positions held by their peers, because from her point of view it allows "highlighting and making visible the existing gaps in the workplace needed to achieve gender equality".

During the four years of her administration, she highlights as one of her main achievements the modification of the Statutes governing the Medical College, so that none of the regional or national lists seeking to run for the Board of Directors or National Council, refrain from including the names of female candidates, which seeks to encourage greater female participation in decision-making spaces within the organization.

She also promoted the creation of two departments within the organization: the Gender Department, which works for the incorporation of a gender perspective in each of the actions and projects developed and the Department of Labor Defense designed to address issues that were not established within the daily analysis of the College, visibilizing gender issues, diversity, and promoting protocols against abuse, sexual and labor harassment.

Being a woman and young, Izkia's great challenges in reaching the presidency

"The first three years, as it usually happens to women, we are being somewhat tested. However, during the first period of management we were able to show how serious and professional we could be in a way that it also contributed to the College being perceived in a different light in public opinion, bringing us closer to Chile’s reality".

Being a young and a woman were both challenges faced by this surgeon when she assumed her first mandate. Therefore, her agenda in this first period was focused on recovering the public’s trust, which had been lost because doctors were perceived as elite professionals in Chile.

She points out that her leadership is not passive, because in addition to representing the opinion of her colleagues, she seeks to invite them to reflect on issues related to their professional work.

"We invite the medical community as a whole to question itself, for example, conflicts of interest, the relationship with the pharmaceutical industry, as well as the self-criticism of the role of medical leadership. I am a part of a new generation of doctors who question all these issues", she emphasizes.

Being seven months pregnant, Iskia recognizes that one of the great challenges for women leaders in general is also the reconciliation of work, family and personal life in the logic of co-responsibility.

"These posts are exhausting, they tend to put our families on a secondary level and sometimes they are not the most friendly scenarios; we are very exposed in front of public opinion, but I think that, if we really want to change society, we have to understand that we have to be present in the sphere of power," she says.

Siches advises future physicians who want to follow in her footsteps that the key is to build strong teams that foster collaborative work.

Facing the pandemic after the social outbreak

"Chile faced a pandemic after a social outbreak, where we believe our institution contributed to national governance to face a challenge as big as this one," he said.

At that time, the Medical College was vigilant to governmental actions, ensuring that the particular interests of some economic sectors did not negatively impact the action plans against COVID-19.

Siches assumes her second term in office in the midst of the pandemic, in December 2020. She recognizes that she was reelected because of the way she and her team handled all these challenges during the most complex part of the health crisis.

"During the pandemic, we contributed with technical rigor and collaborative work, being no less critical and trying to formulate rapid responses to the crisis. This work paid off and demonstrated that the Medical College is one of the most credible institutions in the country".

During this first quarter of 2021, even in the context of the pandemic, Siches continues to play an active role in the response to the health crisis, calling for collaborative work with various actors.