Ministry of Interior and Public Security, Ministry of Women and Gender Equity, and UN Women signed an agreement on gender equality and public security.

The Government of Chile, represented by the Ministry of the Interior and Public Security and the Ministry of Women and Gender Equality, signed a Memorandum of Understanding (MOU) with UN Women on Wednesday, November 2nd, aiming at advancing the mainstreaming of gender equality in public security policies and police institutions in the country.

The Memorandum of Understanding was signed during a ceremony held at the Bicentennial Building, culminating with a press conference at the La Moneda Palace. The Chilean Government was represented by the Minister of the Interior and Public Security, Carolina Tohá; the Minister of Foreign Affairs, Antonia Urrejola; the Minister of Women and Gender Equality, Antonia Orellana; the Undersecretary of Interior, Manuel Monsalve; the Undersecretary of Crime Prevention, Eduardo Vergara; and the Undersecretary of Foreign Affairs, Ximena Fuentes. The ceremony was also attended by the General Director of Carabineros de Chile, Ricardo Yáñez, and the General Director of the Investigative Police of Chile, Sergio Muñoz. The Memorandum was signed by María Noel Vaeza, UN Women Director for the Americas and Caribbean Region. At the signing ceremony, UN Women was represented by Gabriela Rosero, Head of the UN Women Office in Chile, and María José Torres, United Nations Resident Coordinator in Chile, was also present.

The Memorandum of Understanding formalizes UN Women's technical assistance to incorporate gender equality as a cross-cutting principle in the public security reform process, focusing on promoting gender-sensitive policing. The technical assistance will also aim at preventing and eradicating violence against women and girls in public spaces and strengthening a gender perspective and intersectionality in response to the migration situation, among other areas associated with commitments of the State of Chile related to the eradication of gender-based violence and the Women, Peace, and Security agenda.

At the signing of the MOU, the Minister of the Interior and Public Security, Carolina Tohá, pointed out that it is necessary that "we address gender violence, which is one of the problems that most concerns and affects citizens, and requires that institutions be prepared and have the best strategies and also that our cities be safe places by implementing good practices such as those that this agreement with UN Women will help us to learn about."

The Minister of Women and Gender Equality stated that "this agreement reflects what we have learned and is in line with our work in considering violence against women as a matter of public safety. In addition, for us it is an invaluable opportunity to accompany the discussion process of the comprehensive law on violence against women, which we hope will become law this year, ratified by Congress, so that it can be applied in a virtuous way and accompanied by all police forces".

The head of UN Women's office in Chile said that "this is an opportunity and a demonstration of political will that is of great importance for gender equality in the country and, in particular, for its public security institutions, which UN Women will strongly support".

Photos of the event can be found at the following link: 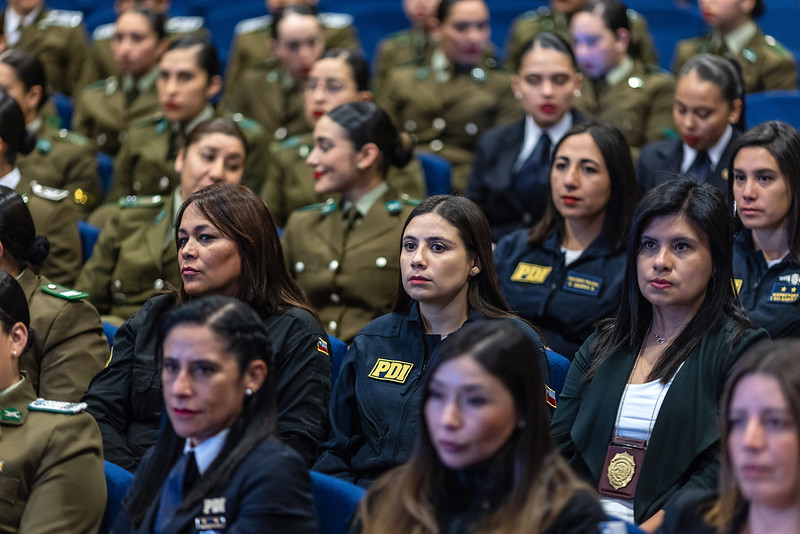