“Her husband holds a prominent position, functioning as lay preacher and deacon… “I moved out of the main bedroom to the guest room. After a few days, and after prayers, he came in and wanted sex. I refused and he locked the doors so the children could not hear and he had his way with me. I felt raped and violated. I got over it because I reflected on the fact that he is my husband but I am still angry to this day. In the morning, we both went to work as if nothing happened”. 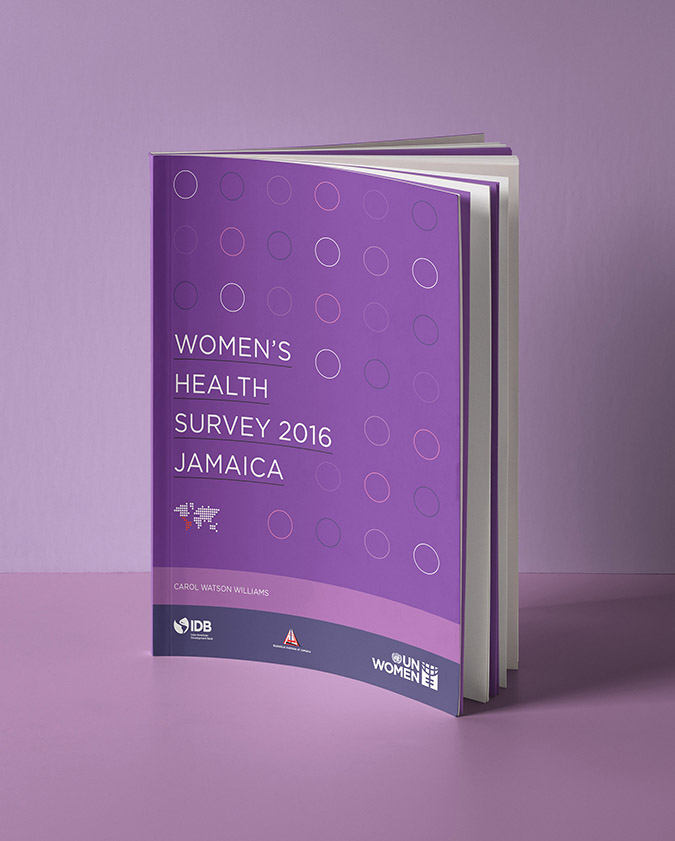 Global estimates show that 1 in 3 women worldwide experiences either physical and/or sexual violence, mostly by an intimate partner at some point in their lives.The Jamaica Women’s Health Survey (JWHS) was conducted using the CARICOM model which is a region-specific adaptation of the original WHO (World Health Organization) global model for assessing the prevalence of GBV .

UN Women Regional Director for the Americas and the Caribbean, Luiza Carvalho said that with the report’s launch, a huge data gap had been closed.“In the absence of reliable data, it is not possible to adequately treat, reduce and prevent violence against women and girls. UN Women has invested significantly in supporting member states in strengthening capacities to fill the data gaps on violence against women and girls.”

“This CARICOM model captures prevalence data on violence against women. Importantly, it also captures information on the consequences of violence for women, their children and families, women’s help-seeking behaviours and risk and protective factors for violence,” Ms Carvalho added.

Conducted by the Statistical Institute of Jamaica (STATIN) under the technical and financial support of the UN Women Multi-Country Office – Caribbean and the Inter-American Development Bank (IDB) through the Phase III of the Government of Jamaica’s Citizen Security and Justice Programme (CSJP III); the report examines women’s most recent, and lifetime experiences with intimate partner violence (IPV) and abuse, as well as abuse and violence in a non-intimate context. [click here to access the Report]Prior to this survey Jamaica had no reliable estimate of the prevalence of Gender Based Violence – including IPV. The statistics did not allow for an examination of intimate partner violence as a discrete category separate from violence occurring in the home among other members of the family.

Global data show that violence against women and girls permeates every society, class, race, geographical area, age group and the Jamaica figures show there is no significant difference over the lifetime experiences of women living in urban areas and those in the rural areas. Nevertheless, the JWHS survey shows that current prevalence (i.e. experiences of physical and/or sexual violence in the last 12 months) is higher in urban areas (6.2 vs 5.4%). Lifetime prevalence of intimate partner physical violence (IPV) refers to the percentage of women who report being hit, slapped, kicked, beaten, burnt, threatened or injured with a weapon, by a male partner at least once in their lifetime. All age groups have experienced intimate partner physical violence (IPPV), almost one-third (31%) of women aged 25-29 years have experienced IPPV, making them the group with the highest prevalence ever in their lifetime. Women in that age group also have the highest current prevalence, with 12.2 per cent having experienced IPPV in the last year. This rate is twice the national rate of current IPPV (estimated at 5.8%).

Severe violence was experienced by 18.2 per cent (nearly 1 in 5) of women. While there were no differences in the severity of violence based on location, education level, or employment status, women who were 18 years or younger when they entered their first union (living together or married to a man), were twice as likely to experience severe violence as women who were older when they entered into a residential union with a man. More than one-third of women (34.2 %) who were 18 years or younger suffered severe violence, compared to 17.2 per cent of those who entered a union at age 19 years or older.The data also shows that women who have been pregnant are also more likely to be subjected to severe violence than women who have never been pregnant.

Jamaica is party to seven of the nine core international human rights instruments, and has also passed local legislation to complement the rights and protections offered by these international conventions. In addition to the introduction of this explicit constitutional protection, other legislative additions and amendments in the last decade have improved the legal protection of women and girls in areas ranging from property rights to sexual victimisation.

Nonetheless, Gender Based Violence remains widespread, and women and girls continue to suffer a high rate of sexual victimisation. Indeed, the Bureau of Gender Affairs notes that the high incidence of gender-based violence and violence against women remains a major obstacle in the achievement of gender equality, the empowerment of women, and national development.

UN Women’s overall strategy to address Gender-Based violence and its most prevalent form Violence Against Women and Girls in the Caribbean region, focuses on prevention and response: including the provision of quality essential services and access to justice for survivors. It is anchored on the transformation of cultural and social norms, values, attitudes and beliefs which support the perpetuation of Gender-Based discrimination, gender inequality and Gender-Based violence.

Read the survey in English.

[1] The WHO Model laid out an internationally recognized methodology and protocols for providing a comprehensive picture of actual numbers of women who have experienced violence, the types of violence, and frequency of the violence. With appropriate modifications to this WHO model, the CARICOM model was developed, and implemented in Jamaica.

[2] Using administrative date to measure domestic violence in Jamaica is difficult, as there is no definition of ‘domestic violence’ in the Domestic Violence Act or in the Violence Against the Person Act (Harriott and Jones, 2016, p.26), and hence the police use varying definitions which can include violence between person who are related, or living in the same house.