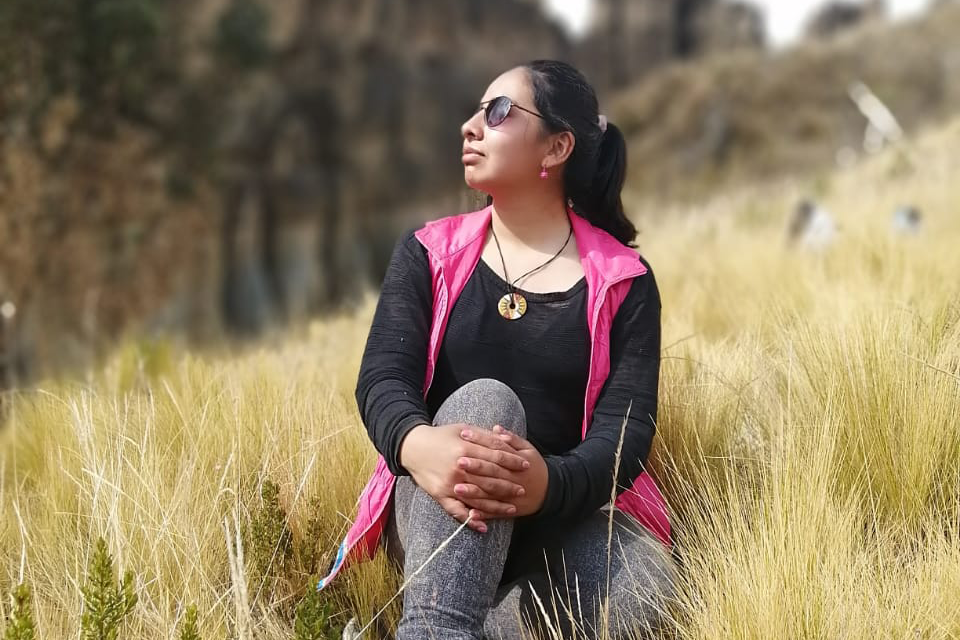 Since 2020, Lourdes Juárez Quiroga founded, together with a group of friends, the organization Yatiqaña (Aprender-Enseñar). As a facilitator in learning processes and human rights activist, she put her knowledge into practice by implementing the environmental education project "Educarte" in the municipality of Irupana, in the department of La Paz.

Why do you defend the environment?

I defend the environment because it is the space in which each of us live and unfortunately we are the ones who have contributed to the devastation, deforestation and pollution. I believe that it is our responsibility as young people to act and stop this situation, because the Earth is not only inhabited by human beings but also by animals, flora, among others, who suffer the consequences of environmental deterioration. That is why I feel committed to be an agent of change.

What is the relationship between feminism and the environment?

Currently, several movements, organizations and networks have been formed in favor of the environment, led by women. This is the case in the Yatiqaña organization, which is led by women leaders, who have developed different actions in relation to environmental awareness through education.

Generating greater visibility for women in this area has made it possible to demonstrate that women have the same capacity as men to lead a movement or organization.

How do you practice activism in both cases?

Through socio-educational projects that raise awareness, and encourage new agents of change. As in the case of Educarte, which allowed working with adolescents in the municipality of Irupana, through virtual workshops, where they could learn how to make eco-bricks and composting.

What is the connection between environmental preservation and women's land rights?

The connection is due to the inequality that exists. Rural women do not have the same access to land as men. In addition, women are affected by environmental pollution, since the few crops they have are damaged, affecting the livelihoods of their families.