The new members join a broad and diverse group and will fulfill the role of providing strategic advice to UN Women in its thematic and political priorities, including its strategic planning and global normative processes related to women's rights.

UN Women’s Civil Society Advisory Groups are bodies established at the global, regional and national levels with the purpose of facilitating effective, continuous and structured consultations between civil society and UN Women.

Profiles of the new members of the Regional Civil Society Advisory Group: 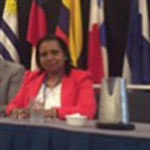 Master in Public Administration and Social Management, consultant in Gender and Public Policies, committed to the rights of women in their ethnic and intercultural diversity. She has excelled in training processes for gender equality, and elimination of gender violence. Delegate to the OAS as Civil Society Actors in the different Assemblies and Summits of the Americas. Waldistrudis Hurtado is part of the Arco Iris Siglo XXI Foundation, a member of the Coalition of the Afro-Descendant Movement of the Americas, and is currently part of the National Group of the National Social and Political Movement of Afro-Colombian Black Women, Palenquera and Raizales. 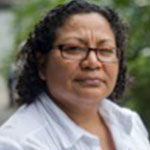 Bachelor of Education, with a focus on Languages by the University of Zulia. University professor with a Master's degree in Applied Linguistics from the Simón Bolívar University and training in Human Rights and feminism. Activist and defender of the human rights of lesbian, gay, bisexual, trans and intersex people. Coordinator of the Civil Association Affirmative Union of Venezuela, member organization of the LGBTI Network of Venezuela, Red Naranja and the International Lesbian and Gay Association (International Lesbian and Gay Association-ILGA). Adviser, trainer and researcher of the Human Rights of LGBTI people. 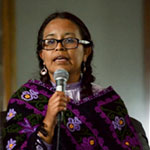 Young lawyer and defender of human rights of Mazahua origin, co-founder of the Human Rights Center "KE'GUA RERICHEJUI A.C.", Marilyn Ramón Medellín is part of the Commission of Children and Youth of the National Coordinator of Indigenous Women (CONAMI for its acronym in Spanish). Member of the Continental Liaison for Indigenous Women of the Americas (ECMIA for its acronym in Spanish). She has experience in the defense and promotion of the human rights of indigenous women, youth and children, particularly in matters of prevention of gender violence, sexual and reproductive health, access to justice for indigenous women and the rights of indigenous communities. 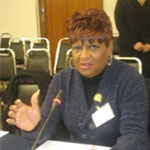 President of the Network of Rural Women Producers, empowering them to enhance their social and economic wellbeing, networking with other women's organizations, a CEDAW Champion and Chair of the Sub-Committee on the rights of rural women and girls: Cities 4 CEDAW and UN Women "Every Caribbean Woman -Every Caribbean Child" linking SDG's and CEDAW. in collaboration with Municipalities and Regional Corporation. 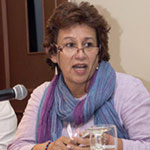 Feminist educator for the popular sectors and human rights defender activist. She has been part of the Popular Education Network among Women of Latin America and the Caribbean (REPEM LAC for its acronym in Spanish) in Colombia and was a regional coordinator some years ago. She has a long history of working in the accompaniment of processes with indigenous women in the country, from where she has dedicated herself to support the strengthening of processes of formation, organization, participation and political incidence of indigenous women, for which she has produced pedagogical tools. Janeth Lozano has made important contributions to the process of indigenous women in the country, adding visibility of her situation before national and international authorities. She currently serves as the Advisory Group for Civil Society for UN Women Colombia, and actively participates in the feminist movement, social movements, human rights and peace by promoting advocacy and representation in different areas in favor of the practice of women's rights. 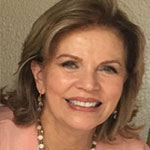 Outstanding Social Entrepreneur with long experience in areas related to Gender Equality, Women's Human Rights and their Empowerment. La Rosa, Bachelor in Literature with training in Corporate Social Responsibility and Activist in Women's Rights, is Founder and Director of Aliadas en Cadena AC. In 12 years of activity she has directly motivated more than 31 thousand women, achieving an impact on her economic productivity and personal autonomy. She has also generated strong connections with networks and women's organizations. Ileana La Rosa is a member of the international organization ASHOKA as a Social Entrepreneur since 2013. In 2016 she was the recipient of the 2016 GEM TECH Award, granted by UN Women and the ITU in the category "Application of Technology for the empowerment and digital inclusion of women ", and in 2017 she was awarded the CEMEXTEC International prize in the Social Entrepreneur category, awarded by the Tecnológico de Monterrey, CEMEX and the international organization ASHOKA. In 2017, together with other SDGs, promoted the communication platform "Women Propose" in Venezuela, promoting the national meeting of women's organizations to jointly develop agendas of pending issues in public policies that affect the full exercise of women’s active citizenship. 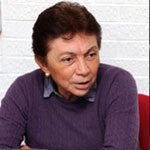 Master in Social Psychology by the UNAM (Mexico’s National University) and professor in the School of Psychology of this same house of studies, Gloria Careaga is an activist and feminist from Mexico City who has worked in defense of human rights and LGBT rights; she also has several publications where she has addressed sexuality and society, and more recently she has focused on gender issues. Careaga is a co-founder and member of the Board of Directors of El Clóset de Sor Juana, one of the oldest lesbian groups in Mexico, as well as the Fundación Arcoiris, a group that studies and researches sexuality. 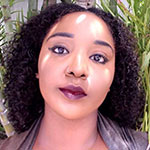 Ro-Ann Mohammed is an intersectional feminist and social justice activist. Co-Founder and Co-Director of Barbados - Gays, Lesbians and All-Sexuals against Discrimination (B-GLAD) and former Grantmaking Advisor to FRIDA The Young Feminist Fund; her work focuses particularly on intersectional oppression with a specific interest in LGBTQI people, women and racial inequality. She continues to implement community building and public advocacy initiatives throughout the Caribbean.