UN Women Executive Director, Phumzile Mlambo-Ngcuka, is visiting Argentina from 2 to 5 October, where she will take part in a series of high-level events and meet key government officials, civil society and women’s groups, private sector representatives and other development partners.

One of the highlights of her first official visit to the country is her participation at the Women 20 (W20) International Summit in Buenos Aires, which will discuss labour, digital and financial inclusion of women, as well as rural women’s development. W20 is the official G20 engagement group, comprised of a transnational network of women's organizations, female entrepreneurs’ associations and think tanks.

In her meetings with civil society and women’s groups, the Executive Director will recognize and celebrate the catalytic role that they have played in shaping the narrative on gender equality and women’s rights and discuss emerging challenges in the region.

She will also take this opportunity to inaugurate UN Women’s office in Buenos Aires and launch two programmes—the joint UN Women and International Labour Organization (ILO) initiative, “Win-Win Programme”, which engages local private companies to advance gender equality and the economic empowerment of the women; and the EU-UN “Spotlight Initiative” to eliminate all forms of violence against women and girls, which in Latin America focuses on domestic and family violence, sexual and gender-based violence, harmful practices and feminicide/femicide.

In photos: Highlights from the Executive Director’s visit to Argentina

UN Women Executive Director, Phumzile Mlambo-Ngcuka, met with key government officials, civil society members and private sector representatives working to promote women’s leadership and end gender-based violence in Argentina. She drew attention to the valuable support from civil society organizations to establish the UN Women office in the country and discussed the priorities and challenges for the promotion of the economic empowerment of women in Argentina and ways to enhance collaboration to accelerate progress on gender equality in the country. 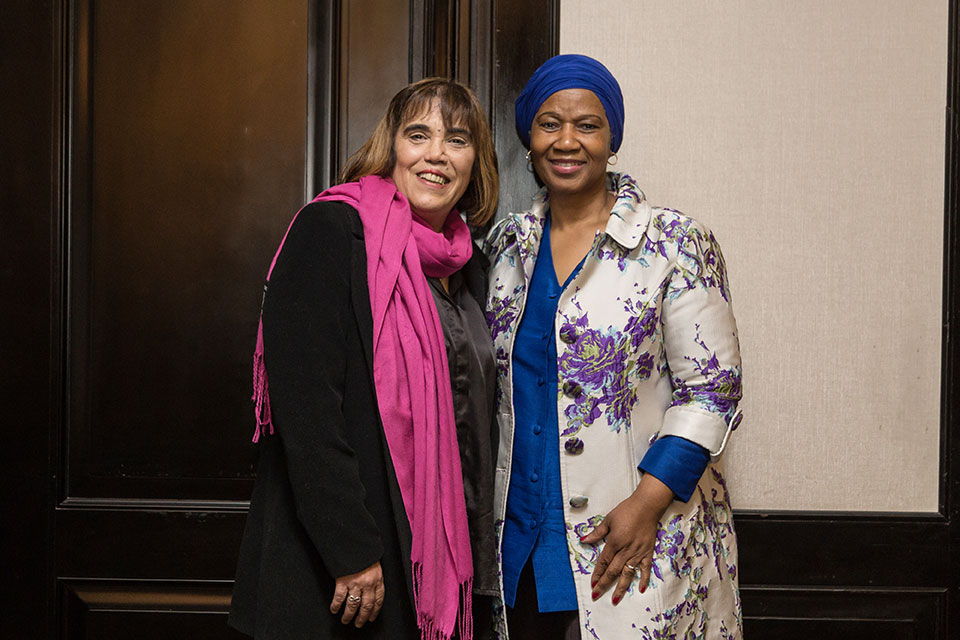 In her meeting with Fabiana Tuñez, Director of the National Institute of Women, Argentina, the Executive Director highlighted the importance and celebrated the achievement of the regulation of the economic reparation regime for children of victims of feminicide, also known as the Ley Brisa (Brisa Law), named after the daughter of Daiana Barrionueva, a 24-year-old woman who was murdered by her partner in 2014. 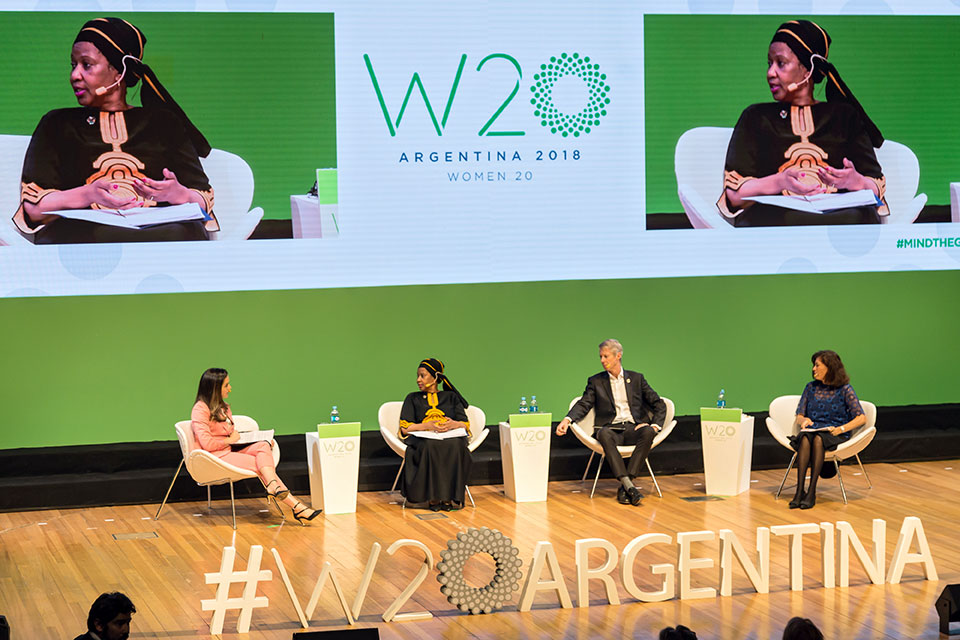 On her second day in Argentina, the Executive Director participated in the Women 20 International Summit (W20). Ms. Mlambo underlined the importance of introducing the development of rural women as one of the thematic pillars of W20.

During a panel discussion on the future of work, the Executive Director discussed the most common threats for women in work and highlighted the need for the redistribution of unpaid care work, the inequalities of the pay gap between men and women, and the importance of technology as a tool for change. 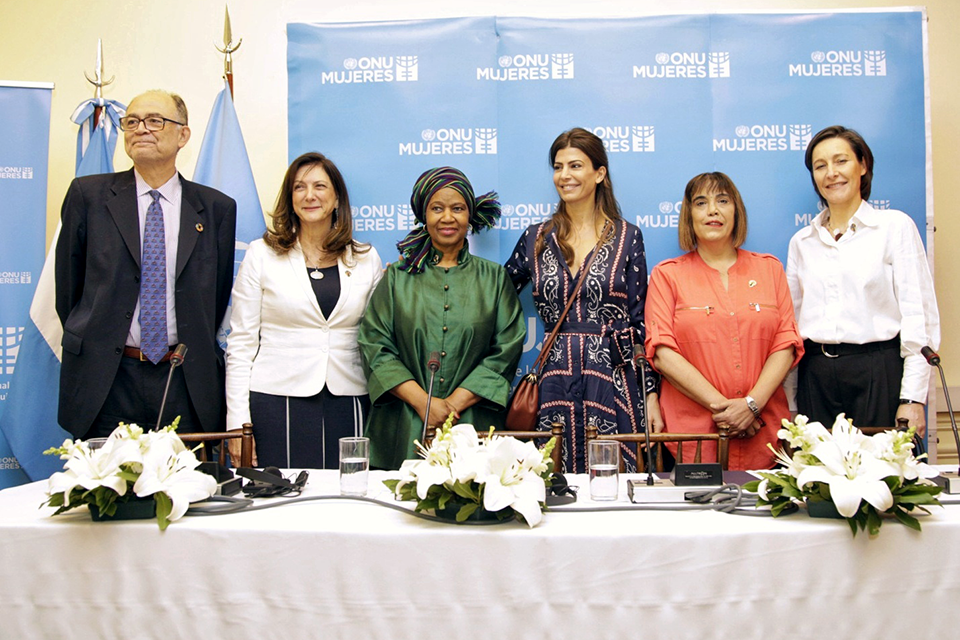 On 4 October, Ms. Mlambo-Ngcuka officially inaugurated the UN Women Office in Buenos Aires, accompanied by representatives of the Government of Argentina, the European Union, the National Institute of Women, the International Olympics Committee, and the Resident Coordinator in Argentina. She also celebrated and acknowledged the joint effort of all partners and allies enabling UN Women’s presence in the country, and restated UN Women’s commitment to supporting the economic empowerment of women and the elimination of violence against women and girls in the country. 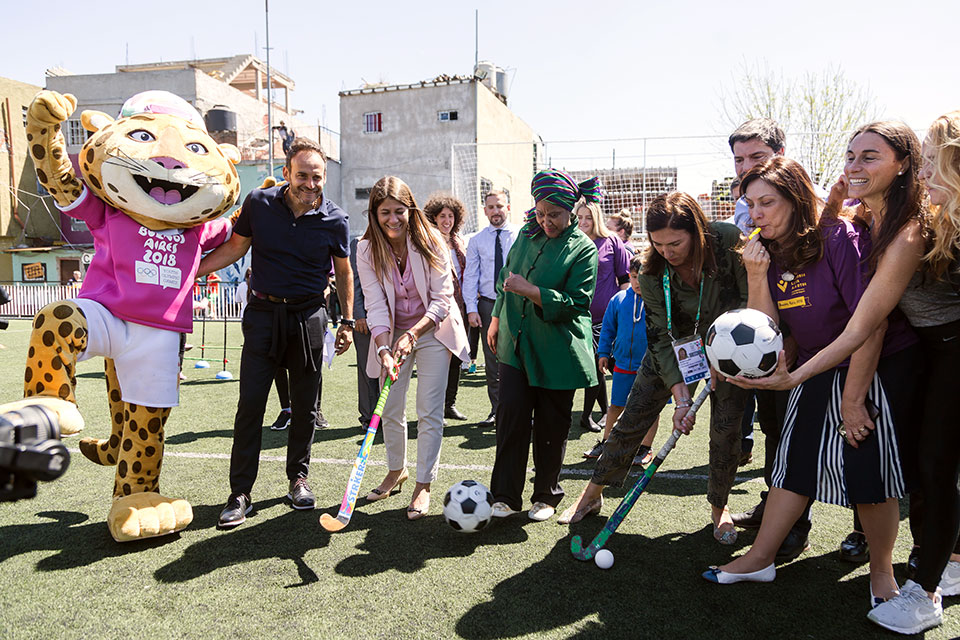 The launch of the One Win Leads to Another Initiative in Argentina included a soccer and hockey clinic that gathered participants from Brazil and Argentina in a sports facility recently built in the outskirts of Buenos Aires. Photo: UN Women/Rodrigo de la Fuente

Prior to the 2018 Youth Olympic Games in Buenos Aires, the Executive Director launched the initiative One Win Leads to Another in Argentina. Developed by UN Women and the International Olympic Committee, the initiative aims to reduce harmful gender stereotypes and associated behaviors, as well as to enhance the empowerment of girls through sports. 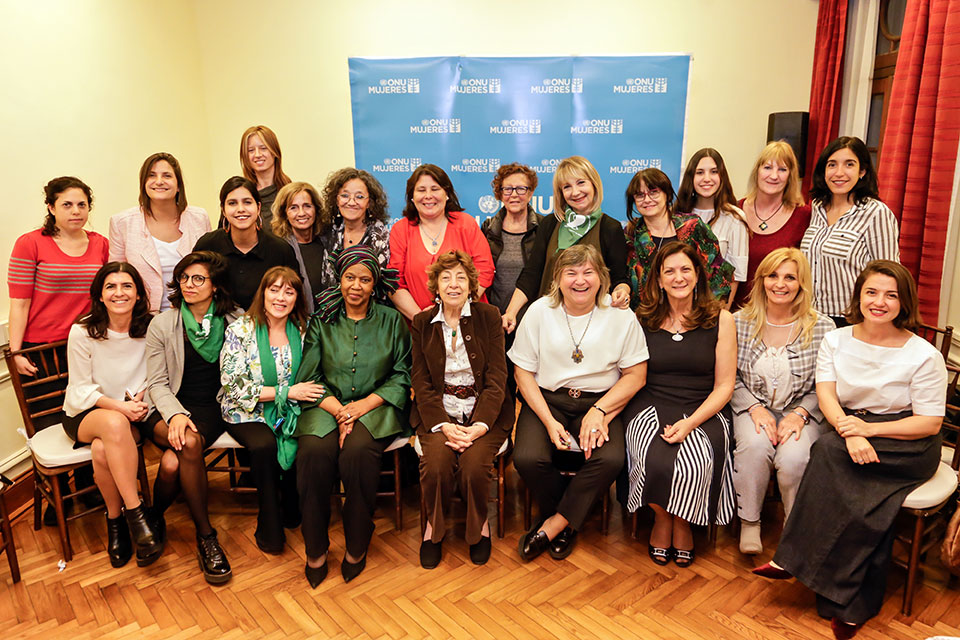 Ms. Mlambo-Ngcuka also met members of civil society, including representatives of Ni Una Menos (Not One Less) and acknowledged the role of the movement as a catalyst for making inequality and violence against women more visible at the national, regional and global level. 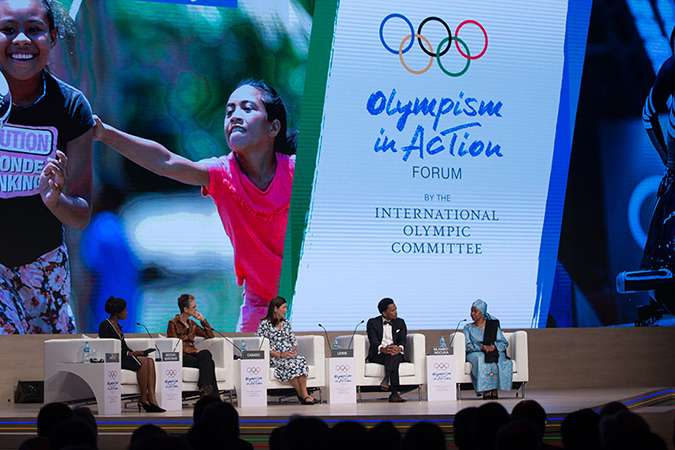 On 5 October, UN Women Executive Director Phumzile Mlambo-Ngcuka attended the Olympism in Action Forum, a new initiative of the International Olympic Committee to build a better world through sports. Discussing the specific challenges faced by women in sport, Ms. Mlambo-Ngcuka said, “being inclusive in sport also means that we need to look at the different barriers that could impact on both boys and girls, men and women in sports, and accommodate them in a deliberate way.” 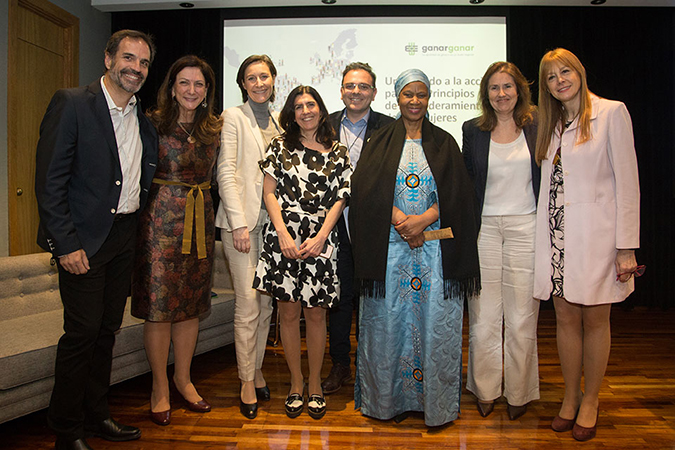 The Executive Director also met with representatives of enterprises and institutions in the public and private sectors in Argentina, to encourage them to strengthen their commitment to the Women’s Empowerment Principles (WEPs). The meeting celebrated the good practices of participating businesses and welcomed new companies joining the initiative. Established by UN Women and the UN Global Compact in 2010, the WEPs are a set of seven principles that guide companies to implement actions to promote gender equality in the workplace, market and community. While the Latin America and the Caribbean region has seen significant progress towards gender equality and women's empowerment in the past decade,  less than 2 per cent of the companies in the region have a woman as CEO. In Argentina, only 3 per cent of the companies listed in the stock exchange have women holding chief executive positions and 10.4 per cent have women in their executive boards.