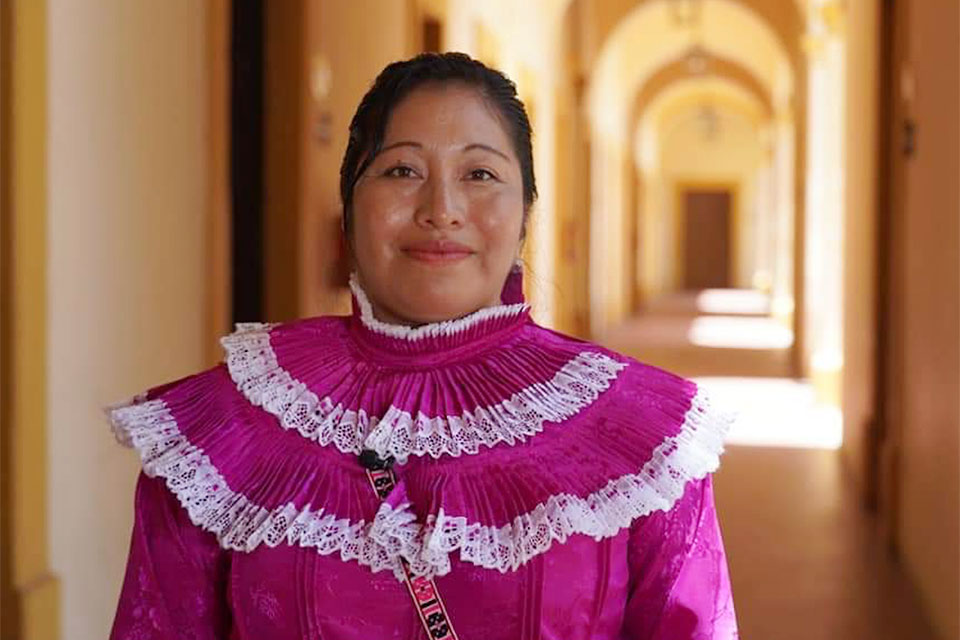 “There are more than 38 indigenous languages nationwide and the [public information] campaign raised awareness of other cultures and languages,” says Juana Facundo.

Facundo is one of the five translators working with UN Women’s Safe Cities and Safe Public Spaces for Women and Girls programme in Mexico and the University of Guadalajara to break down language barriers in the dissemination of COVID-19 health information and to prevent violence against indigenous women and girls in Jalisco state’s capital city of Guadalajara.

“I like that our voices are being heard,” she adds.

Several countries in Latin America and the Caribbean region, including Brazil, Mexico, Argentina, Columbia and Peru, were among the worst hit by the COVID-19 pandemic in 2020. In the context of already gaping inequalities, such as limited access to quality healthcare or social protection and high levels of discrimination in the labour market, indigenous, rural and Afro-descendant women in the region suffered disproportionately as vulnerabilities multiplied.

“Being indigenous, we already suffer from discrimination, and with the pandemic, women were forced to stay at home and endure domestic abuse”, says Facundo.

Domestic violence, femicide and other forms of sexual and gender-based violence increased during the pandemic. In Mexico, calls received by emergency helplines reportedly increased by more than 50 per cent.

The UN Women Safe Cities programme developed information about COVID-19 prevention and gender-based violence in the five indigenous languages of Hñähñu, Mixteco, Purépecha, Mazahua, and Mahua, and shared them over the radio. Along with community-based loud speaker interventions in neighbourhoods most affected by the pandemic, the information campaign reached 57,000 indigenous people in the state of Jalisco. 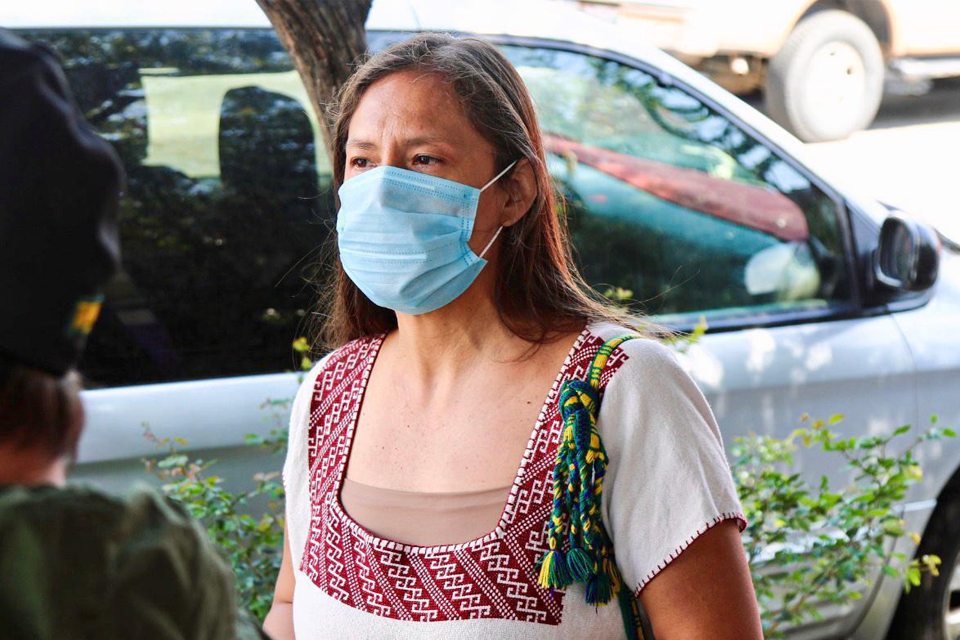 Gabriela Juárez Piña is Head of the Intercultural Health Program of the Indigenous Community Unit of the University of Guadalajara. Photo: UN Women/Coordination of Extension and Social Action UDG

"This campaign was made possible by working with the leading organizations of indigenous peoples,” says Gabriela Juárez Piña, Head of the Intercultural Health Programme of the Indigenous Community Support Unit at the University of Guadalajara.

“It was necessary to rework the message in Spanish for each of the indigenous languages so that it was not aggressive. Telling women who were unable to go out to work or suffer from violence at home to simply ‘stay home’, could have been offensive,” she says.

Piña, who has a long history of working with indigenous communities, added that indigenous women lacked support networks in the context of the pandemic, and given the absence of information in a language they understood, were unable to access justice.

“The radio and loud speakers campaign had a major impact in Guadalajara. We saw a decline in COVID-19 cases. As part of our work with UN Women to mitigate the effect of the pandemic, we identified mothers in need and delivered cleaning and hygiene kits as well as food supplies,” says Piña. About 60 indigenous families headed by women and survivors of violence benefited from the programme in the city of Guadalajara alone. 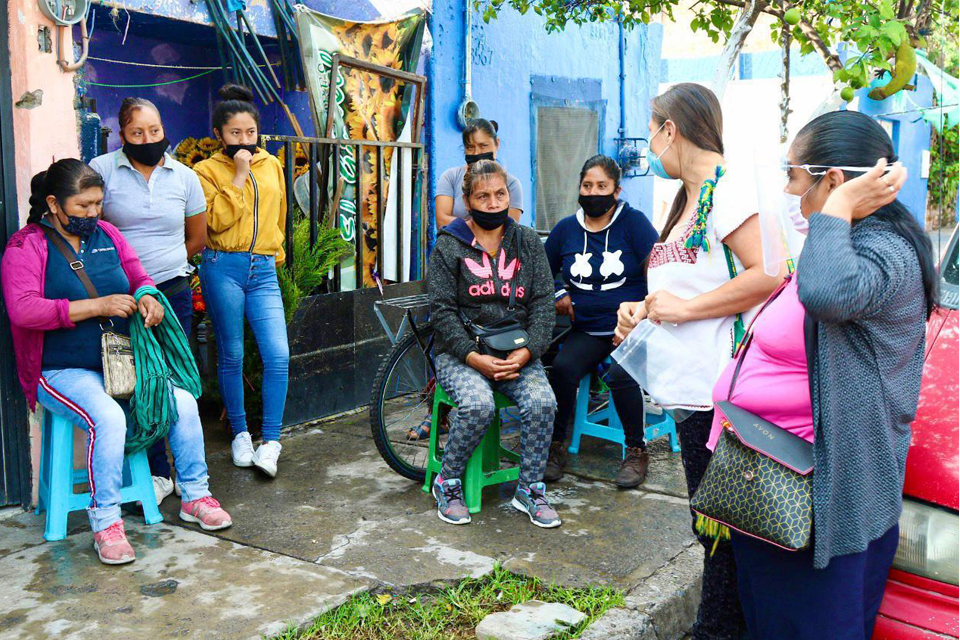 Gabriela Juárez Piña addressing residents of a neighbourhood in Jalisco during the information campaign. Photo: UN Women/Coordination of Extension and Social Action UDG

"Being able to translate these messages to the Hñähñu language of Otomí culture has been a unique experience. My community was surprised that one of them was encouraged to participate in this initiative,” says Facundo. In doing so, not only did the information reach the most vulnerable, it was shaped and owned by the indigenous peoples it was intended to benefit.

In speaking about the far-reaching community impact of the Safe Cities programme working closely with grass-roots indigenous organizations, the Programme Coordinator Andrea Chazaro said, “UN Women recognizes the leadership and resilience of indigenous women and girls and we reaffirm our commitment to continue working together to promote a response to the pandemic that leaves no-one behind.”

"Juana and other translators who worked on the campaign have now been integrated into other pandemic protection and information activities, says Piña. “It was important for indigenous people to hear their own voices and connect with [the information] in their own language.”